In Whistler, history is still being re-shaped- with every new oral history and piece of information the story of Whistler’s past becomes ever richer. While editing Florence Petersen’s upcoming book on Whistler’s pioneers, Sarah (the museum’s collection manager) connected with long-time Museum member Louise Betts (née Jardine) who has provided a great deal of insight into her family’s history. The Jardine-Neiland family was involved in early logging in the valley, and their life was not an easy one.

Although Rainbow Lodge was Whistler’s first incarnation as a tourist destination, beginning in 1914, other families faced tremendous hardship as they carved a life out for themselves in the Whistler Valley. The Jardines were no exception.

John Jardine and his friend Thomas Neiland had been working for the Pacific Great Eastern Railway in Squamish after they returned from World War I. John met an unfortunate end when a speeder he was travelling on was hit by a train in 1918. He left behind two small children and a heavily pregnant wife. John had been working 10-hour days, earning $2.50 a day, a total of between $50 and $60 per month. 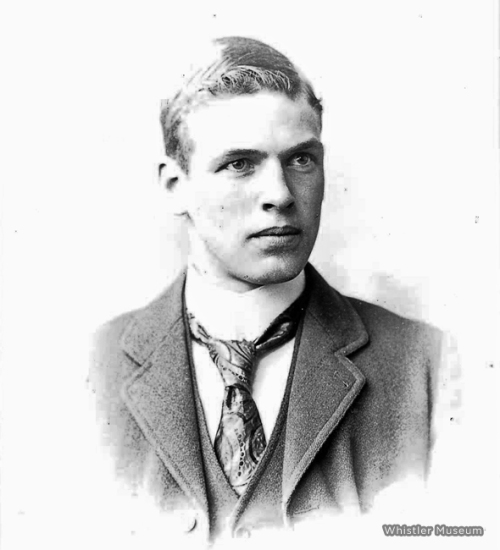 Photograph of John Jardine, approximately 18 years old, taken in Scotland before he immigrated to Canada.

Since her husband had been killed in a work-related accident his widow, Lizzie, was given a $35 per month compensation, while the children received an additional sum of 25 cents a day for each child until the age of 16. When John died, Thomas Neiland helped Lizzie to pack up her house, and she moved with her young children, Jack and Jenny, up to Kelowna to stay with her parents. While they were in Kelowna, she gave birth to Bob.

Before long, Tom Neiland offered her work, keeping house for him in North Vancouver, and the family of four was once again on the move. Tom had spent many years working as a conductor for the PGE Railway, but he had always wanted to work for himself.  When the opportunity arose in 1921 to purchase a good cedar wood and start his own logging business in Alta Lake, he jumped at the chance. The land he acquired at Alta Lake was owned by two men – Dr. A.G. Naismith, a Kamloops pathologist, and Harry Horstman (for more on Horstman, click here).

At first the family lived in the Alta Lake townsite, but after eight months they moved down to a house built by Thomas Neiland by Alpha Lake; logging cedar logs to be exported to Japan.

Lizzie continued to work as a “housekeeper,” ostensibly to keep her compensation, which she only retained so long as she didn’t remarry. It appears that when she became pregnant by Tom Neiland, they decided to marry, likely due to the social pressures that existed at that time. Although she lost all of her compensation, the children retained theirs. Lizzie Jardine and Thomas Neiland, who was in his fifties, were married in the spring of 1922 in North Vancouver. 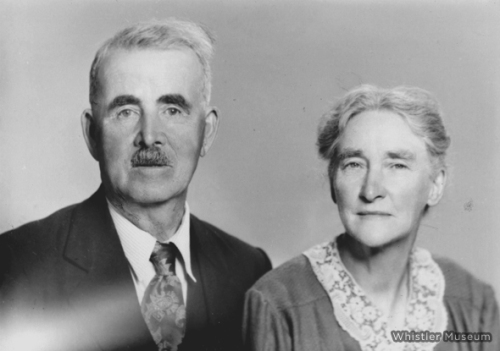 Formal portrait of Thomas and Lizzie Neiland taken in the 1940s

Part two of the Jardine-Neiland family’s story will be posted next week.

5 responses to “Hard Times in Whistler: the Jardine-Neiland Family – (pt.1)”