Florence Petersen will be presented with Whistler’s highest distinction, the Freedom of the Municipality, Monday, June 4, 2012. 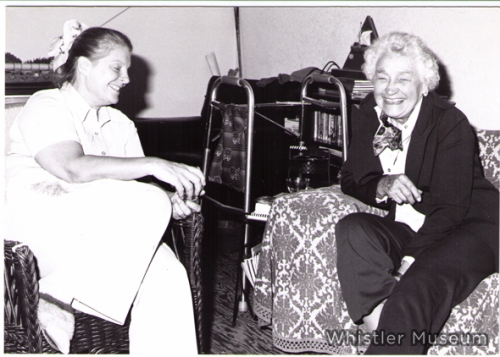 Florence founded the Whistler Museum and Archives Society in 1986 as part of a promise made to Whistler pioneers Mytle Philip and Dick Fairhurst to preserve Whistler’s pioneer history.  Florence has worked endlessly to share stories from before the ski hill when Whistler was a site of summer fishing destinations and logging camps. 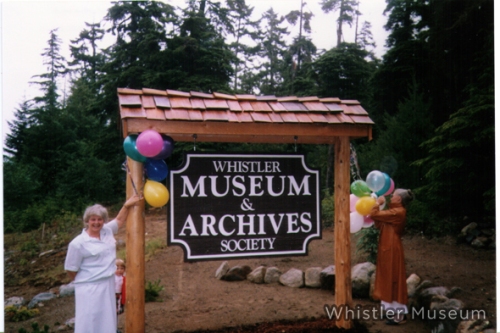 Florence Petersen with the new sign for the Whistler Museum and Archives building in Function Junction, opened in 1988.

Florence and fellow recipient Joan Richoz, founder of the Whistler Public Library, will officially be awarded the Freedom of the Municipality at a special council meeting at the Whistler Conference Centre on June 4.  The meeting begins at 5:30 and a reception will follow the ceremony.