Painting the Past – Artists History

Whistler is home to a variety of artists working in many different mediums. Many of the artists throughout Whistler come from all over the world but all of them now call this beautiful area home. The variety of artists include photographers, fine artists, sculptors,  digital artists, artisans, illustrators, and more, and are spread out all over the valley. There are hundreds of artists with different styles and who work in different mediums so you can find almost any type of art being produced in Whistler.

The most commonly celebrated theme, however, is easily the scenic views and beautiful nature that can be found all around the Whistler area. Whether artists literally depict scenes from the landscape or merely take influence from them, the natural wonder of Whistler has not escaped the artists who call this place home. As well, many of these artists have been featured in places outside of Canada not just outside of Whistler. 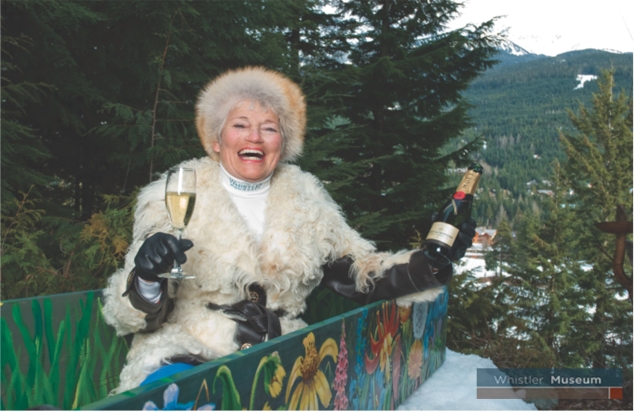 Isobel sitting in her hand-painted coffin.

The first well-known artist in Whistler is Isobel MacLaurin. Her and her late husband Don have called Whistler their full-time home for more than 30 years (and a part-time retreat for decades before that) and they saw the town grow into what it is today, all while Isobel helped the art scene in Whistler get on its feet. In the days before the creation of the Whistler Arts Council (now known as Arts Whistler) Isobel was the only professional artist in town. That meant she was asked to do a lot of work for the mountains, which included signs that are still on the mountains to this day and all of which were painted by hand in Isobel’s studio.

Isobel painting on her deck.

Among her more memorable jobs was being flown up into the alpine in a helicopter to sketch the landscape for many of her interpretive signs. Isobel often was not paid for her work, instead preferring an exchange for season’s passes to the mountain for her family. One drastic difference that Isobel herself notes is the budget for signage in the early days compared to now; in the early days of the village Isobel did up a handful of signs for the community and got paid $18 per sign, but nowadays Whistler has a multi-million dollar budget for signage every year! 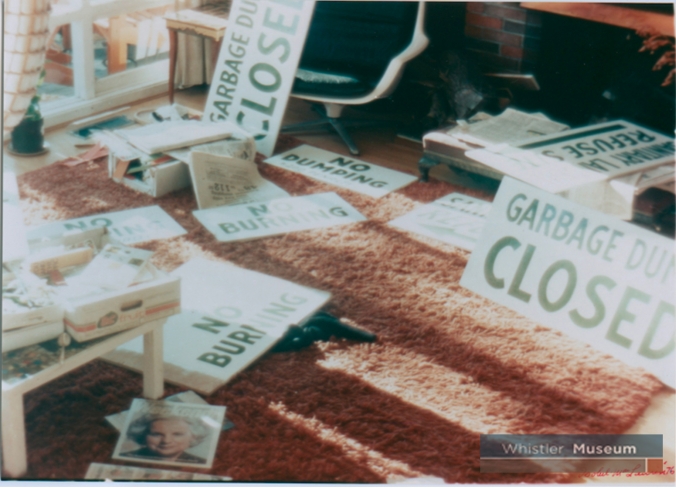 Once the Arts Council was set up, other artists began to come to the area as well. The same year it started the Council also set up their first Children’s Art Festival in which Isobel helped lead free arts courses for the children. Isobel talks fondly about how attentive the children were and how well they all did learning to draw. Isobel MacLaurin has been in Whistler for many years, originally she was one of the only artists and now that number has grown into the hundreds. Whistler’s beauty lends itself easily to the inspiration for many a young artist who finds their way here.