The Many Schools of Bev Mansell

With most schools in Whistler just a couple of weeks away from closing for the summer, students in the valley are looking forward to a couple months without homework or classes.

Five schools now operate within Whistler and it’s easy to forget that for many years children living around Alta Lake had to learn from correspondence courses at home or leave their families to attend school in a bigger town.

Alta Lake School opened in the 1930s and was the first opportunity many of the local children had to attend school.  When the Howe Sound School District was formed in 1946 the school closed and local students attended schools in Squamish or Pemberton.  Alta Lake School opened again in 1952 but closed again in 1962.  For one student this last closure was especially traumatic. 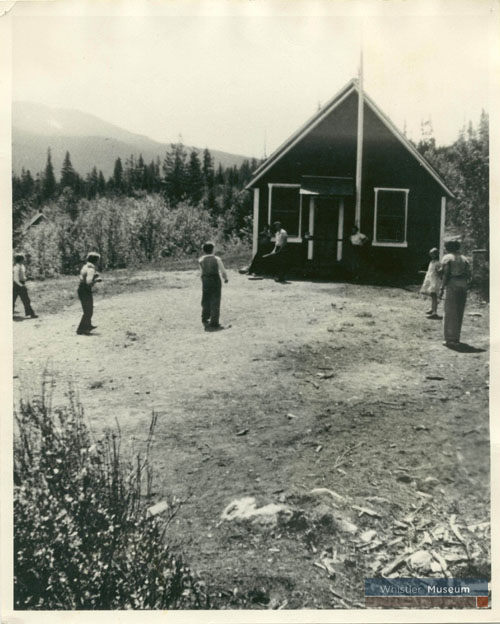 Bev Mansell attended Grade One at the Alta Lake School for only one month before it closed.

Beverly (Bev) Mansell, the daughter of Doug (whose parents built and operated Hillcrest Lodge) and Barb (a former Hillcrest guest) Mansell, was born in 1956.  Growing up on the east side of Alta Lake, Bev was isolated from the small number of children living on the west side of the lake and those living at Parkhurst so it’s not surprising that she was pretty excited to start school.

Bev started Grade 1 at the one-room schoolhouse on Alta Lake in September 1962.  At the time the school had ten students.  Disaster struck for Bev at the end of September when one family with four children moved away and the school no longer had enough students to stay open.

With the closure of her first school, Bev was sent to live with her aunt in Vancouver so that she could attend school there.  By this time Jack and Cis Mansell had retired; Bev’s parents were running Hillcrest Lodge and Doug and Barb could rarely get to Vancouver. 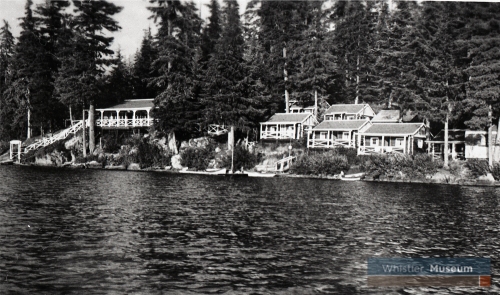 Doug and Barb Mansell managed Hillcrest Lodge from 1958 to 1965.

After two years at school in Vancouver Bev returned to the reopened Alta Lake School which once again had the requisite ten students.  She spent Grade 3 through Grade 6 at the small schoolhouse.

In the fall and spring Bev’s trip to and from school consisted of a boat ride across the lake.  When ice started to form on Alta Lake she would be walked around the south end of the lake, always accompanied in case of a run in with a wolverine or coyote.  In the winter, when the ice was thick enough, Bev would arrive at school by snowmobile – much more fun than a bus ride.

Bev Mansell rode the school bus to Pemberton until she graduated, as did many students after her.

One response to “The Many Schools of Bev Mansell”