This Week In Photos: December 27

This may be the last week of This Week In Photos but there are many more photos from 1978 – 1985 that we haven’t yet had a chance to share with you.  Take a look here to see them all (assuming you have a few spare days)! 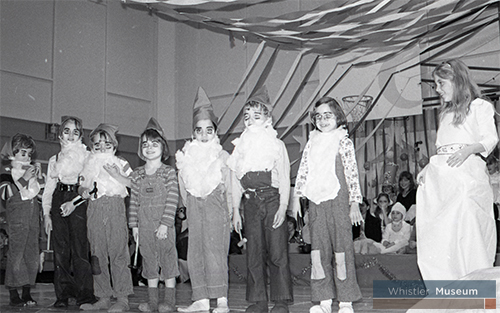 Simon Beller consults with Santa at the Christmas Concert. 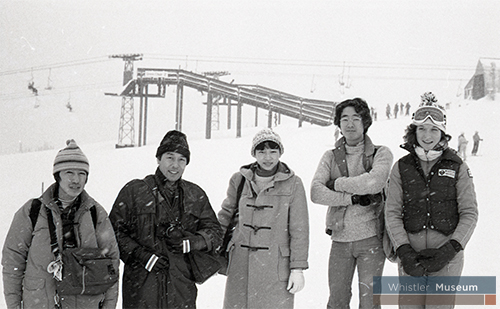 Representatives from Men’s Club Magazine of Japan who toured Whistler on Thursday with hostess Gail Palfreyman on right.

The Sabey house in Emerald still smoulders in the rain. 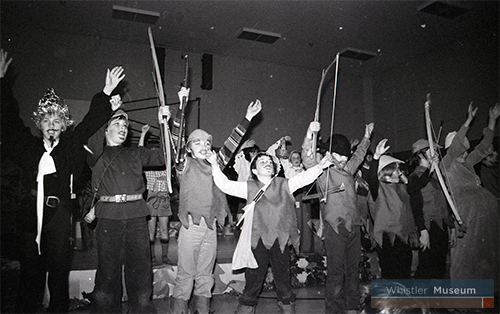 … and a portion of the school choir. 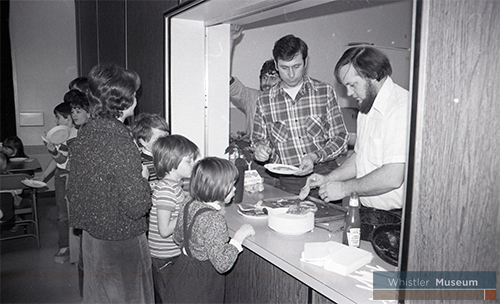 Neil Roberts and Gordon Turner dispense flapjacks and sausages to the children at the Christmas breakfast at the school.

The new additions to the Whistler Brownie Pack. 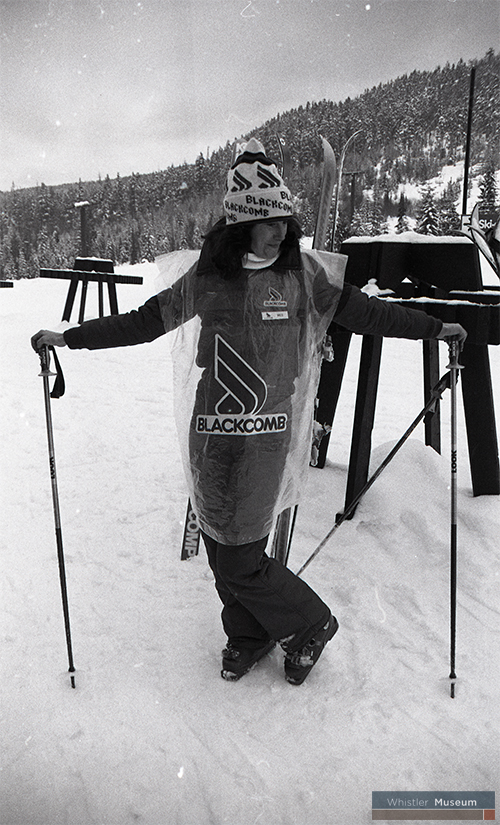 The latest in practical fashion. Meg Davies shines in her new plastic bag… compliments of Blackcomb. Well, at least it keeps you dry no matter what.

The finish line for the Subaru Pro Series held on Blackcomb Mountain this past week. 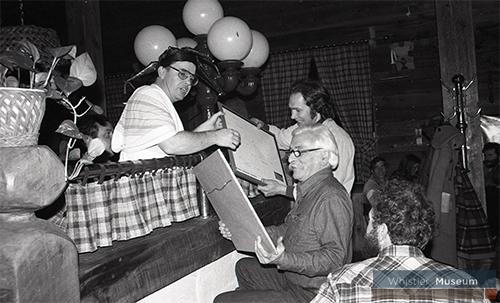 Charlie “The Scribe” McClain presents Al Davis and Geoff Hesthemer with plaques over their dead bodies. 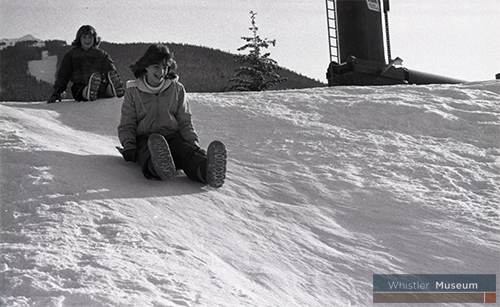 … while these two are all smiles as they find a different way down Whistler Mountain. 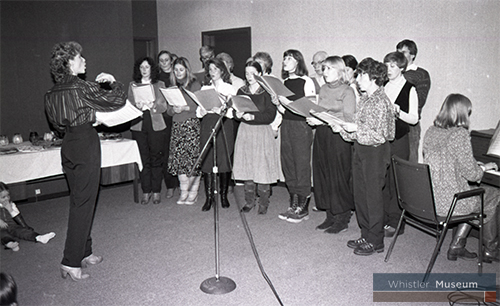 … and are joined for an impromptu dance performance by some of the younger audience members.