This Week in Photos: February 22 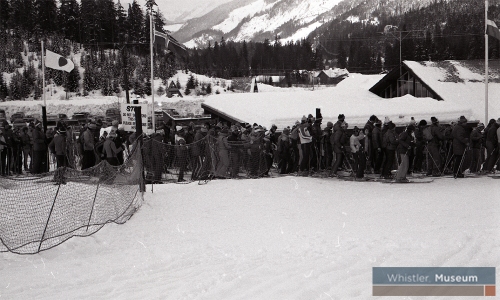 The crowds begin to arrive – the Olive Chair loading area on Thursday.

Blizzard! The scene looking down the Green Chair during the snowstorm on Tuesday.

The shed at Mons the day after firefighters were on the scene attempting to put out the blaze.

Two of the many Japanese ski writers who have been visiting Whistler lately – From Skier Magazine in Tokyo (l to r) Photographer ‘Dragon’, Writer ‘Ando’, and Toshi Hamazaki of Whistler.

No diplomatic immunity here – Mons prepares to tow away the Question truck from the lift base.

Students at Myrtle Philip School take a look at cameras through the ages.

The Prime Minister was also taken on a tour of the construction sites of Whistler Village.

An unusually bright and empty view of the bar at Tapley’s. 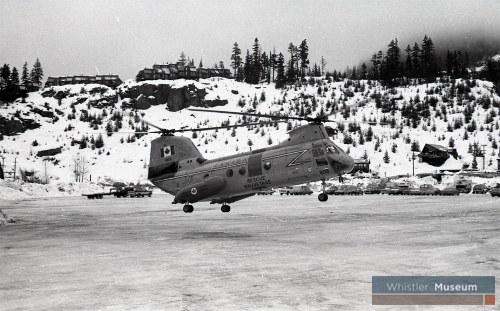 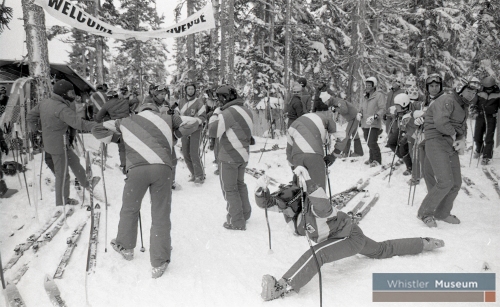 Stretching, an essential when preparing for a race.

The first test run of the fire department’s latest addition proved it could be instrumental in putting out high level fires such as the one at Whistler Village Inn January 13. 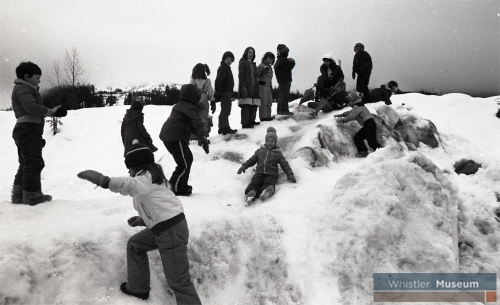 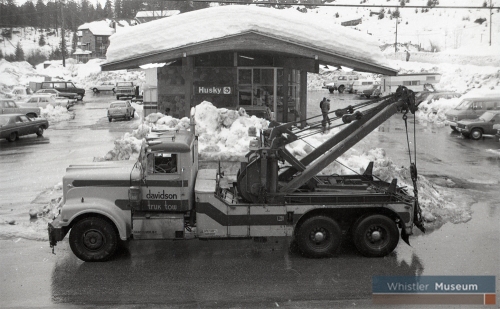 A parking attendant’s dream… This giant tow truck pulled into town the other day – and quickly pulled out again, much to the relief of nearby parking violators.

Soaking up the sun (l to r) Rosilyn and Marlin Arneson and Bill Bode of Washington State relax before calling it a day Monday, February 21 after the first really warm one on Whistler Mountain.

Sjaan DiLalla tries out one of the ranges in one of the 29 “studio lofts” in the recently opened Crystal Lodge. 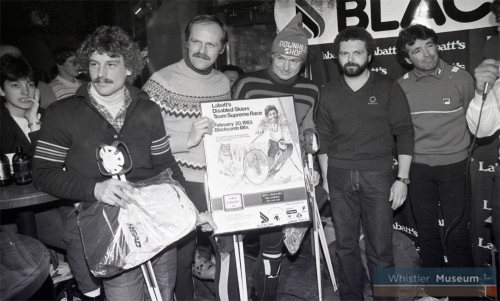 First place team members in the Team Supreme competition. The event, held at Blackcomb February 20, raised $2,400 for the BC Disabled Skiers Association.

Cross-country skiers set off on the Whistler Cross-Country Marathon which was held over a 20km route Sunday, February 20.

Art ’85 was hosted in the gym of Myrtle Philip School this past weekend. 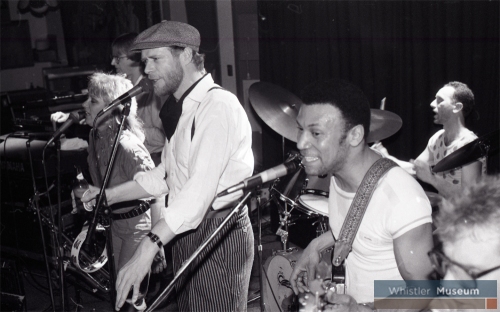 Canadian blues man Long John Baldry and crew crank it out at The Longhorn Sunday.