Last summer we introduced you to Cliff Fenner, Mountain Man. Quick recap: Cliff was an Englishman who moved to Vancouver after World War 2 and soon after became Supervisor of Garibaldi Provincial Park. Naturally, Cliff was already an avid outdoorsman and spent much of his professional and personal time exploring the southern Coast Mountains. 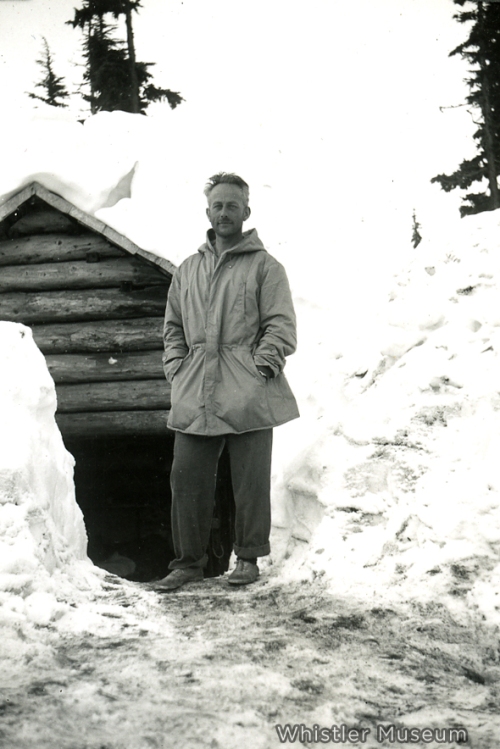 He was also a very capable photographer, and after retiring from BC Parks he actually made his living as a writer and photographer, mainly working for travel publications.

Well, we recently digitized 2 full albums of his personal photographs and there’s some real gems. Most photos depict summer hiking and climbing excursions, but to be seasonally appropriate, we figured we’d share some shots from a ski trip up to Black Tusk. Unfortunately we don’t have much background info for these images, beyond a probable year of 1955. Snow levels seem typical of May. 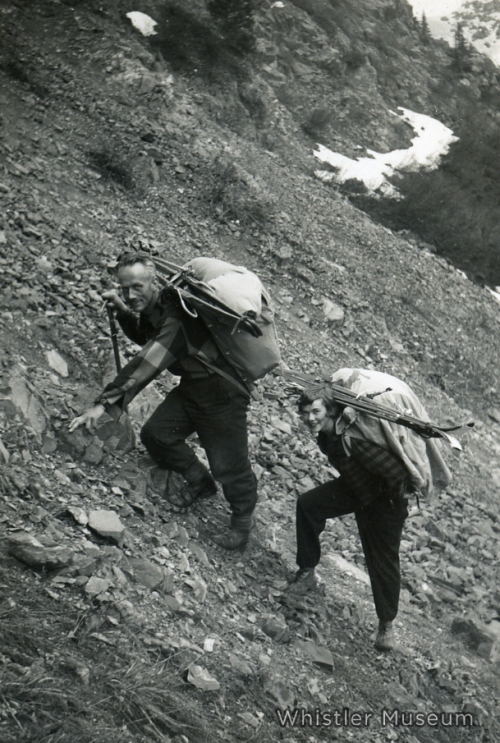 Every ski mountaineer knows the ridiculous feeling of sweating uphill below the snow line, with a full ski set strapped to your back. 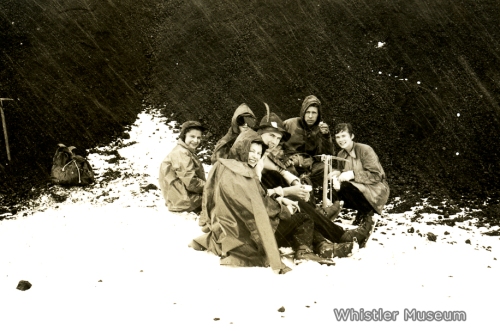 The crew taking a pause, probably at the base of the Tusk proper. 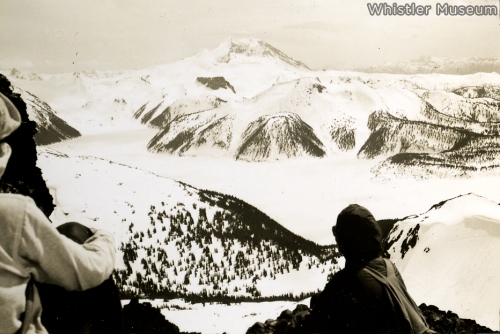 The rewarding view across Garibaldi Lake. 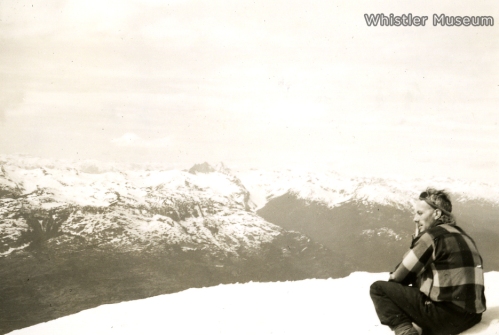 And the view north across the Cheakamus Valley.

On the way down we get to see how it was done on the rudimentary gear of the day.

Making their way down Black Tusk’s infamous south chimney, still snow-filled at this time of year. 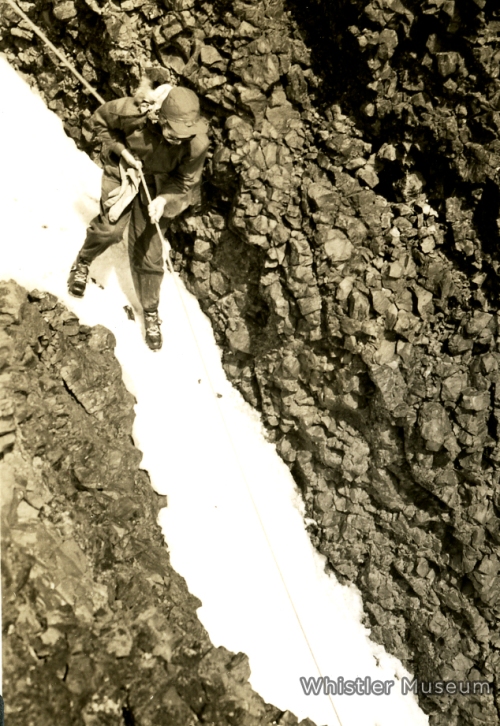 After descending from Black Tusk, the party put their skis back on and headed towards Mount Garibaldi. 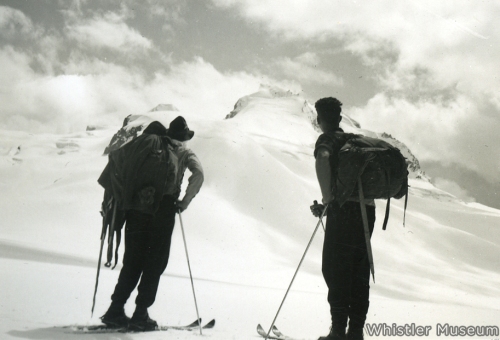 Gazing up at the north face of Mount Garibaldi.

Unfortunately, without a written account we don’t know if they summited, or even attempted to climb the great volcano. 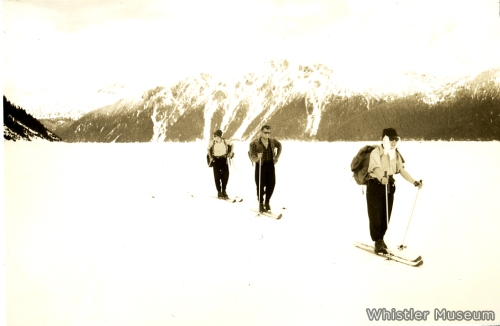 Skiing back across a still-frozen Garibaldi Lake.

Thus we encounter some of the limitations of incomplete archival records. All we know about this trip is what we can gather from the raw, uncaptioned images. Still, they are more than enough to set the mind wandering and the heart racing as we dream of the many mountain adventures that await us this upcoming winter. Have fun and play safe!

Posted in Environment & Biodiversity, From the Archives, Mountain Culture, Profiles