This Week in Photos: February 8

You might have noticed that while the Whistler Question Collection covers the years 1978 – 1985 not all years are shown in This Week in Photos.  The simple explanation is that the photos for some weeks are missing, damaged or in the possession of the photographer.  We’re looking forward to April when we can start sharing more photos of 1978 and 1984!

And they’re off! At the mass start of the Molson Cup race held in Whistler recently. 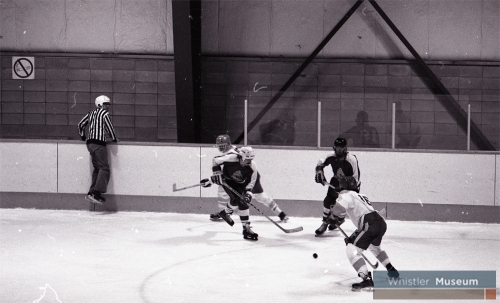 Whistler hockey players faced the Budget team on Wednesday night and made the front page of the paper!

The new sign at the White Gold Inn (better known today as Whistler’s beloved Boot and Shoestring Lodge) was recently damaged by vandals. After this picture was taken, it was further vandalized.

The children’s corner at the new Pemberton Library promises to be well used.

You can’t really tell, but this was the brand new powder blue RCMP vehicle in the valley!

1924-style swimmer Grace at the Pemberton Teachers Frolic – though the costumes look great, what the teachers were up to is anyone’s guess.

THE stop sign in Whistler Village – a newsworthy addition to town.

The Sears catalogue store in Pemberton on the Perkins property that was used up until February 10. 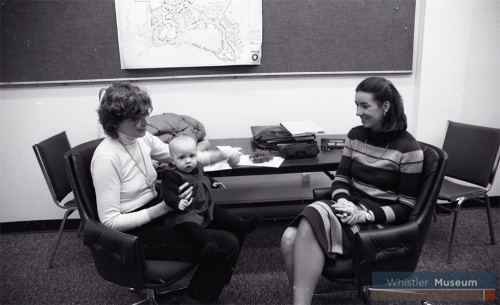 The official map of Whistler Village as of 1982. Can you tell what’s still to come? 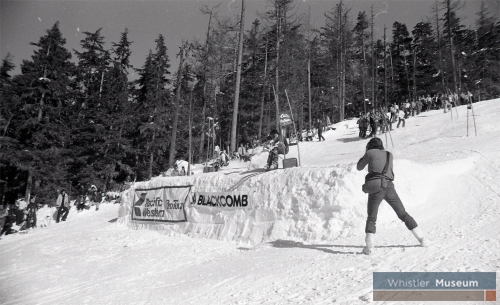 Competitors are photographed twice in the Pacific Western ProTour held on Blackcomb Mountain. 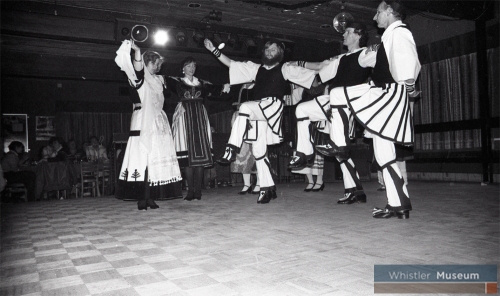 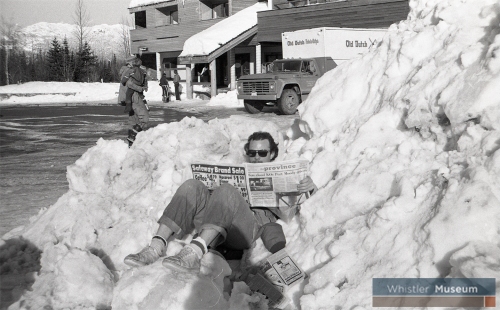 Ken Thornton of Tapley’s Pub soaks up a few rays while catching up on a little news during Whistler’s recent sunny spell.

Dogcatcher Geoff Playfair who is having a busy time with the Whistler strays.

A snowy view of the Husky and Creekside.

Wowee – it was a hot time in the old town with the swoons and tunes of Vancouver’s R&B All Stars who cranked up the energy level in Delta’s Stumps Lounge to maximum enjoyment last weekend. 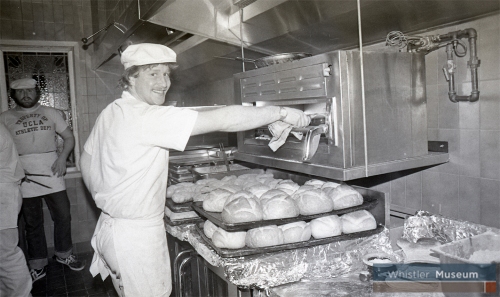 A face from yesteryear – Scott Paxton, who worked at The Keg at the Mountain many years ago when it was located in Whistler Cay has now resurfaced at the new Keg as the official “bunmaster”. Paxton and fellow employees geared up for the opening night at The Keg Friday, February 4 for another era of Keg lovers. 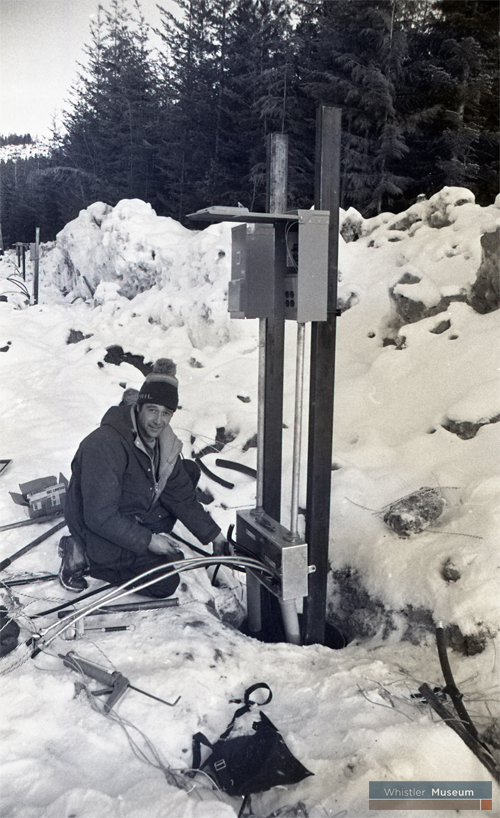 Guy Labelle connects one of the power hook ups being installed in the overnight parking lot to make life a little more comfortable for Whistler’s RV visitors. While partial services are now available, full-service pads may be a long time coming. 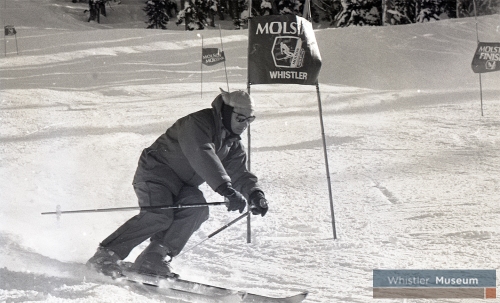 Heading for the finish must be lot easier when you’ve got wings! 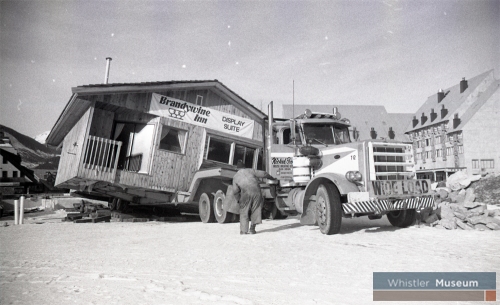 The Brandywine Inn display suite developed a bit of a list as it was being moved off its foundations February 3. Nickel Brothers house movers recovered the situation by jacking up the building and rearranging a wooden ramp which had collapsed under it. The house was enrolee to High Forest.

Mitch Sulkers, Snowcat crew, Blackcomb. Those who answered the Question’s weekly question had their portraits published, often with their occupation and neighbourhood of residence.

Ken Domries (right) shows Paul Grilles (middle) and Glen Mitchell how to operate the Whistler Volunteer Fire Department’s ladder truck. The $20,000 LTI pumps out 4,500 litres a minute of water and is usually operated by a five-man crew.

Whistler Mountain day skiers stand in line Saturday for refunds after the power to the north side lift system went out of commission. Inconvenienced skiers were given refunds, food vouchers and hot drinks while the mountain’s staff coaxed the lifts into operation again. 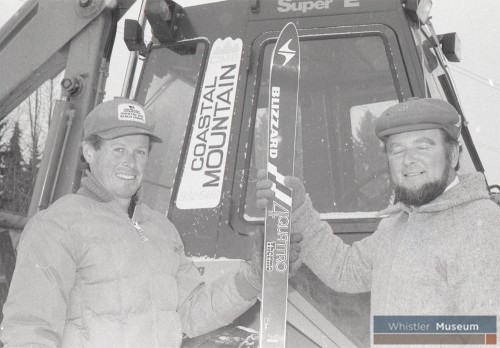 Grand prize winner, Paul Burrows (right), receives his pair of Blizzard Quattro skis from Nigel Woods, president of Coastal Mountain. Unfortunately, the caption for this photo failed to mention what the prize was for.