This Week In Photos: October 4

You may notice this week’s post is shorter than usual – some weeks have missing negatives while others are missing entirely.  This happens to be one of those weeks, but there was still a lot going on in the years that are covered, from bridge openings to boat building to Brownies meetings.

Mayor Pat Carleton waits for a train to arrive outside the Whistler Station. 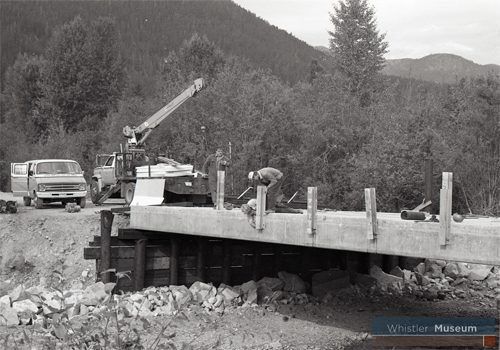 The most photographed bridge on #99! The bridge over the 19 Mile Creek as it was in a nearly finished state last Saturday.

The Midstation towers on the new Olympic Chair on Whistler North. Picture taken from the top of the Village Chair. 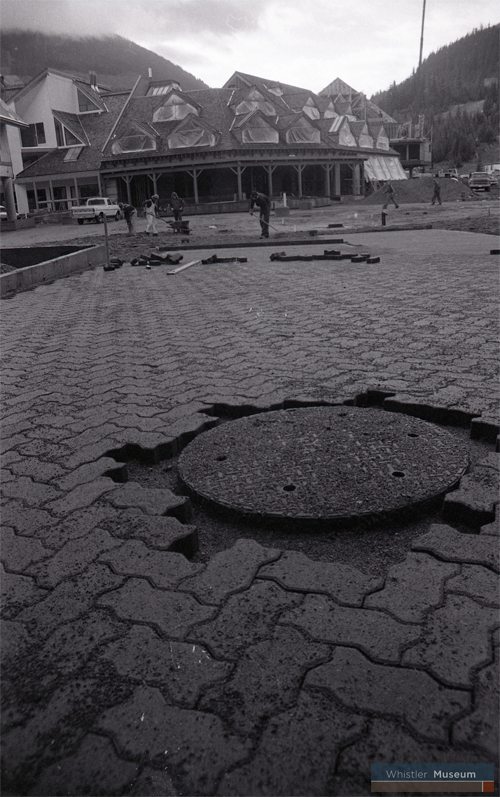 Chamber of Commerce’s Michael D’Artois shows off the Town Centre to members of the BCIT Hospitality and Tourism Faculty. 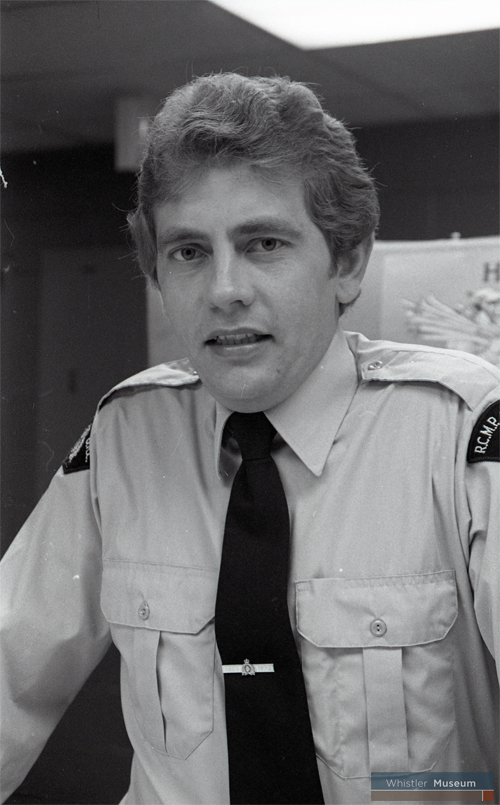 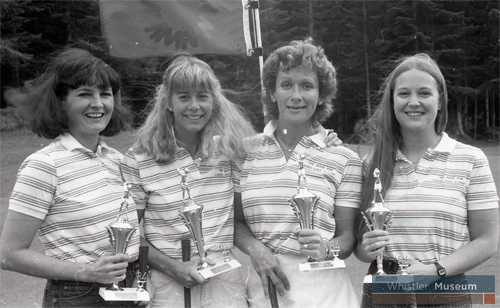 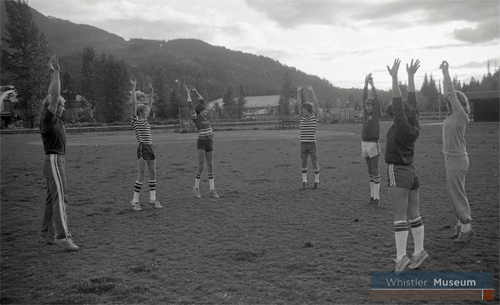 Dryland downhill training – Dave Murray takes Blackcomb and Whistler Ski Club members through some of the exercises that help limber up skiers for the season opening.

The winning team (minus one key player) who put together Whistler’s weekly miracle, the Question, which was judged top in its class by BC and Yukon Community Newspapers Association October 2.

Dennis and Judy Waddingham display the new sign painted by Charlie Doyle, which hangs outside their store in Whistler Village. Opening day will be before the mountains begin their season.

Whistler’s Brownies rekindled the campfire spirit October 4 when they gathered at Myrtle Philip School for the first meeting of the year. 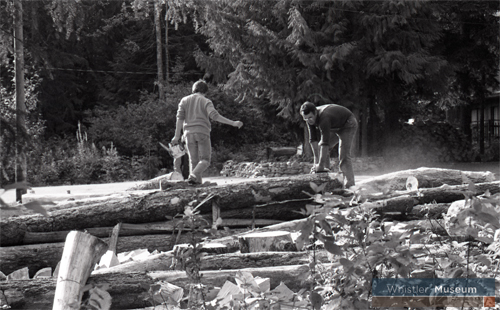 T’is the season to get sawing and chopping. These Alpine residents seem well prepared for winter’s onslaught.

A crew of landlubbers helped hoist the deck onto the sleek craft which Cress Walker and Paul Clark have been building all summer long in the driveway of their Alpine Meadows home.

Members of the Niels Petersen Band. Niels Petersen (lead vocals), Connie Lebeau (bass guitar), Christopher Allen (harp) and Gary Petersen (drums) warm up an act that will be entertaining Whistlerites all winter. The band will be appearing at Tapley’s and at the Brass Rail throughout the ski season.

A cold crisp morning kept most creatures inside early Sunday, but this great blue heron had work to do. It was photographed as it flew over the River of Golden Dreams close to Green Lake looking for fish. Shortly after this photo was taken an industrious beaver swam past carrying wood for its lodge.

A smiling Ted Pryce-Jones proudly snips the ribbon to mark the official opening of the new suspension bridge built across the Callaghan River near the Cheakamus River junction last Thursday. Pryce-Jones designed the army-style bridge and with the help of a host of EBAP workers completed the project in under three months. 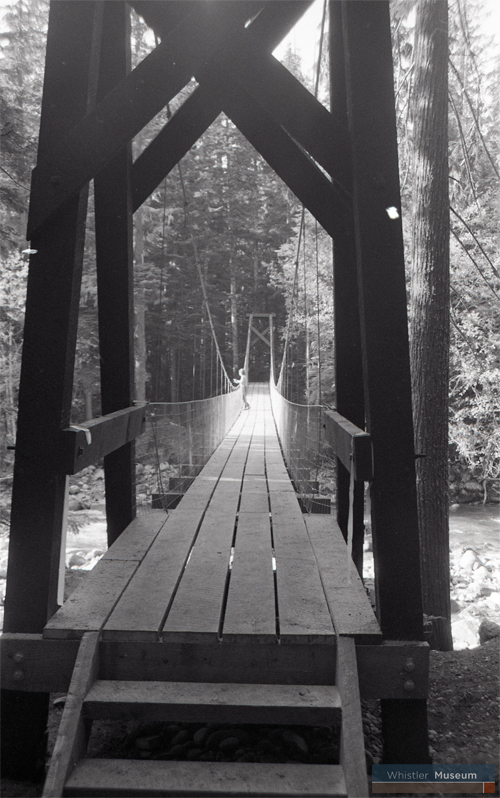 Bridge decking is composed of 3.5m long fir planks treated with a special wood preservative designed to make them last more than 20 years. And for those with bridge phobias, 2 1/2cm steel cables stretch across the river to provide for a safe crossing.

Marilyn Manso, one of three employees at the Alta Lake weather station, enters local weather information on a data terminal linked with Toronto. Entries must be made every hour on the hour or more often as changing weather patterns dictate. 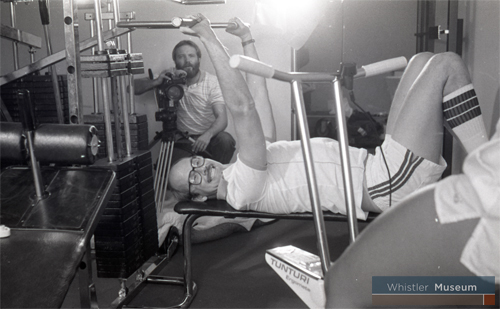 Posing for photographs can be an awkward process.