When the first Toni Sailer Summer Ski Camp was held on Whistler Mountain during the summer of 1966, the camp focused mainly on racing and was motivated partly by the need for competitive skiers to stay in shape and improve their technique between competition seasons.  This focus changed as more recreational skiers began participating in the camps with an interest in improving their own skills under the guidance of skiers such as Toni Sailer, Nancy Greene and Alan White.  It wasn’t until the summer of 1973, however, that freestyle was included in the Ski Camp programming and the legendary Wayne Wong began coaching on Whistler, reflecting a change in the sport of skiing. 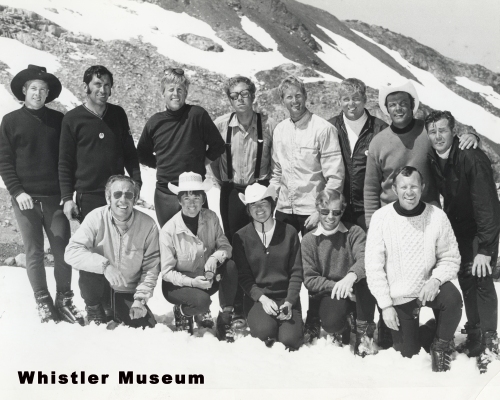 At the time, freestyle skiing was still a relatively young sport.  The first recorded freestyle skiing competitions in the United States were not held until the mid-1960s and it was not until 1969 that the first instructional program began at Waterville Valley in New Hampshire.  In 1971 Waterville Valley hosted the first Professional Freestyle Skiing Competition, drawing together competitive skiers from across North America.  These skiers included Wayne Wong, George Askevold and Floyd Wilkie, all of whom decided to stay at Waterville Valley as coaches of the first Freestyle Ski Team.

We don’t know when exactly the first freestyle skiing competition was held on Whistler Mountain but by the spring of 1971 there was enough demand that Garibaldi Lifts Ltd. hosted the first annual Aerial Ski Acrobatic Championship and Hot Shot Contest.  In 1973 freestyle skiing became part of the Toni Sailer Summer Ski Camp programming under the direction of Wong, Askevold and Wilkie, providing more formal training for skiers interested in the growing sport and “teaching youngsters to ski the ‘Wong Way’.” 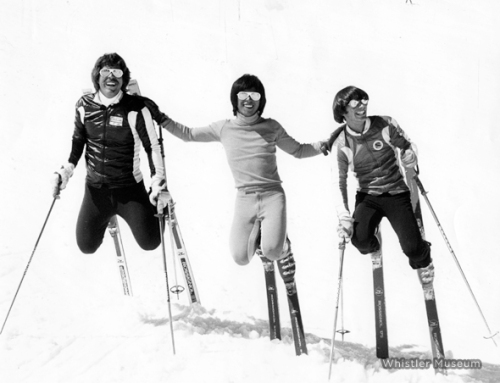 In the spring of 1974, Whistler Mountain expanded its freestyle offerings with a spring Freestyle Skiing Camp for “youngsters who can ski parallel, but who want to master some of the popular new maneuvers of freestyle under competent coaching.”  According to Garibaldi’s Whistler News, the “newest tricks” such as skiing sideways, backwards or upside down were becoming more common on Whistler, but were also risky, especially without training or instruction.  They decided to provide an opportunity to explore techniques and tricks under the tutelage of Michel Daigle, Tetsuo Fuji, and Bob Dufour. 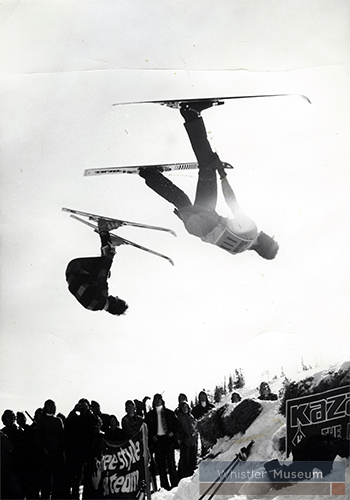 While freestyle skiing was becoming increasingly popular through the 1970s, it was not officially recognized as a sport by the FIS until 1979, when international regulations and certifications were introduced.  The next year saw the first FIS Freestyle Skiing World Cup with event in moguls, aerials, and “acroski,” also known as ski ballet.  To win the overall title, skiers had to compete in all three disciplines.

In 1986 the first FIS Freestyle World Ski Championships were held in Tignes, France, and then demonstration events were held at the 1988 Winter Olympics in Calgary.  Over the next two decades, more and more freestyle skiing events joined the Olympic line up, beginning with moguls in 1992, aerials in 1994, ski cross in 2010 and, most recently, halfpipe and slopestyle in 2014.  Unfortunately, ski ballet, though part of competitions and tours in the 1970s and 1980s, did not continue to grow with freestyle skiing in the same way and has not been recognized as an official freestyle discipline since 2000.

Today freestyle skiing looks a little different than it did in the early competition of the 1970s, but it can often be seen on Whistler and Blackcomb Mountains and around the world.