This Week In Photos: April 12

The photos we share through This Week In Photos are only a very small part of the Whistler Question Collection.  The full collection can be viewed online here.  If you see a photo you love, photos from our collections can be purchased, either online or by contacting our Collections Manager John Alexander, and certain sizes can even be printed for you at the museum! 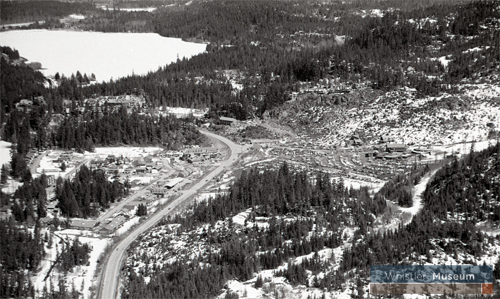 A bird’s eye view of Creekside.

And a fly-over view of the Whistler Village, or what there is of it so far. 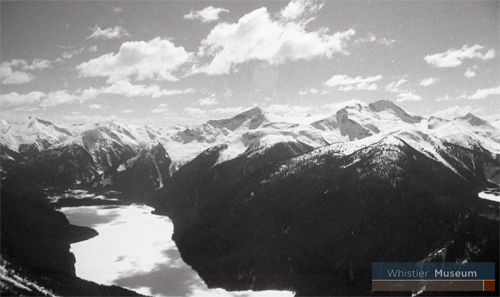 Somebody was spending a lot of time in a helicopter this week – here they flew over Cheakamus Lake amid the mountains of Garibaldi Provincial Park. 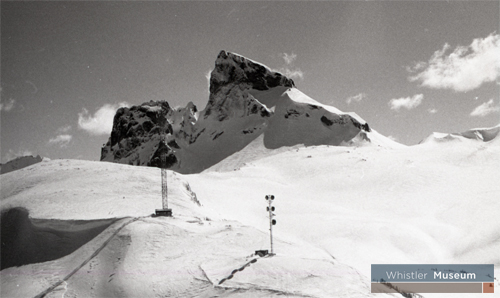 BC Tel and BCR towers on the west bluff of the Black Tusk.

WORM’S EYE VIEW of the new drugstore and office building in the town centre. This building should be one of the first to be finished this summer.

Nancy Greene-Raine takes to the polls April 11 with help from Pat McMillan.

Joe Cannon, with his personality-plus, gave the Question this comment on life during his April 10 show at the Brass Rail. His flexible voice worked its way masterfully around tunes from Bob Dylan to Gordon Lightfoot to Elvis the Pelvis. Cannon has quite a remarkable way with audiences, not to mention photographers.

The Municipal Hall on a snowy, windy day. 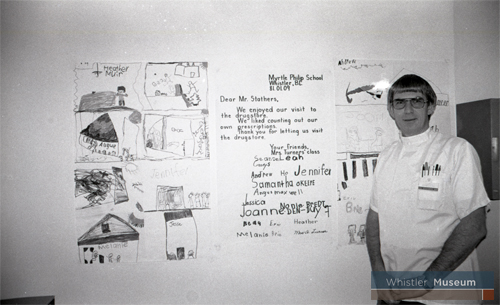 Mrs Turner’s class thanks Mr Strathers after their field trip to the drugstore.

A class also took a trip to visit the local RCMP detachment.

Michell Brown and Doug Smith hold up the Price Waterhouse Trophy, which they won in junior skiing competition at Blackcomb Mountain on Sunday.

Some Whistler residents could do with a few lessons in tidiness and cooperation. This scene at the Mons garbage compactor tells a story. 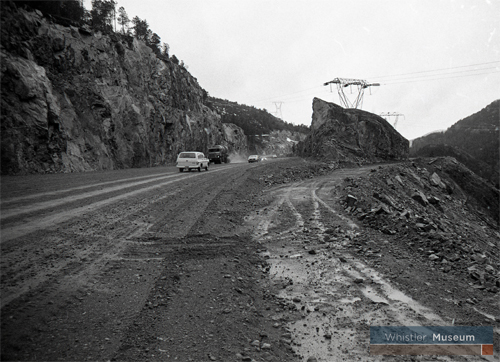 The latest development in the Cheakamus Canyon project is the diversion which carries vehicles through the rock cut rather than around one of the most dangerous corners on Highway 99.

The Mountainside Inn has come a long way from the pouring of its foundations,

A friendly game of charades is played out in someone’s living room.

Mountain Square buildings in various stages of construction. Some hotels are missing, giving a clear view through to Sundial Crescent. 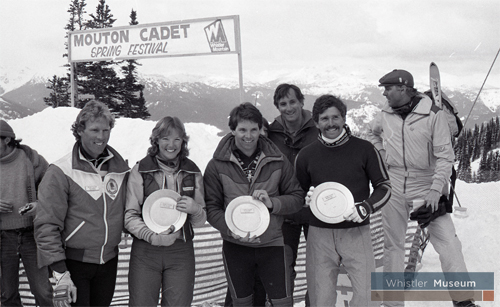 An innovative storage system for the Mouton Cadet atop the mountain.