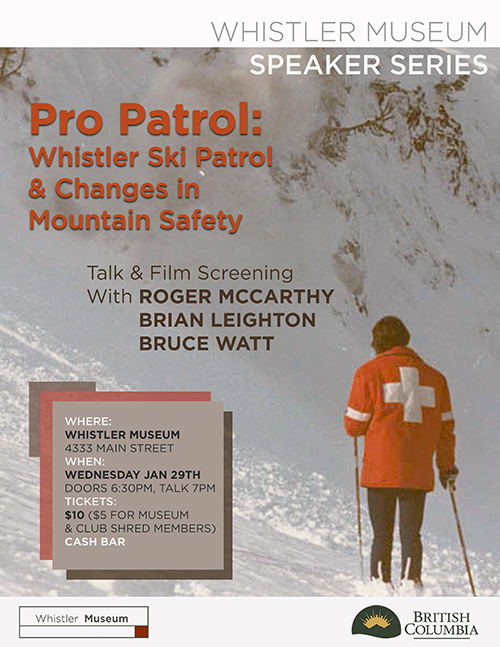 We’ll be opening our 2020 Speaker Series with a screening of Pro Patrol, Curtis Petersen’s 1980 short documentary on ski patrol on Whistler Mountain, followed by a talk on changes in ski patrol and mountain safety with Roger McCarthy, Brian Leighton and Bruce Watt.

Doors open at 6:30 pm. Show begins at 7pm. Tickets are $10 ($5 for museum and Club Shred members) and will be available at the Whistler Museum beginning January 17.

Whistler Film Festival and Whistler Museum are excited to present a screening of Pro Patrol followed by a talk by Roger McCarthy about the early days of ski patrol. The event is on December 7th from 4pm to 6pm at Whistler Museum.

Pro Patrol is a 1980 film that was the first of director Curtis Petersen’s career. The film is a short documentary on Ski Patrol on Whistler Mountain, filmed in 1979. It won several international awards for the budding film maker and became an iconic film of early days on Whistler Mountain.

Petersen went on to work on numerous film projects from documentaries to music videos, and has over 150 feature films under his belt.

Roger McCarthy is one of the stars of the film and was on Whistler Mountain Ski Patrol from 1974-1990. His talk will give insights into working on ski patrol and how the world of mountain safety has evolved over the years. 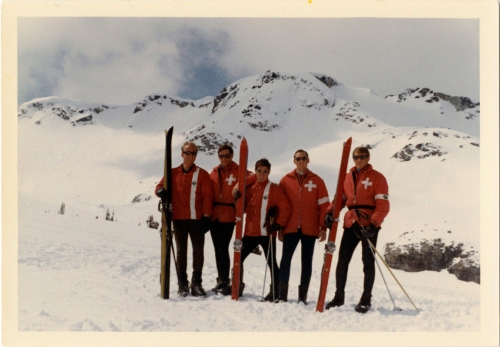 Amazingly, in the early days of Whistler Mountain there were only a handful of paid ski patrollers. In 1968 there were just five! On the weekends, when the mountain became much busier, a dedicated team of volunteers, known as First Aid Ski Patrol (FASP), also worked as patrollers. The existence of two patrols–FASP and the Whistler Mountain employees–led to the term “Pro-Patrol” being used to describe the paid staff.  It was only in May 1979 that FASP was disbanded.

Tickets for the event are $10 and can be purchased through Whistler Film Festival.