This Week In Photos: July 12

This week seems to be full of races!  With the Garibaldi Cup, Molson’s Whistler Bike Race and the beginnings of the Whistler Half Marathon all making appearances, July would seem to have always been a very active month in Whistler. 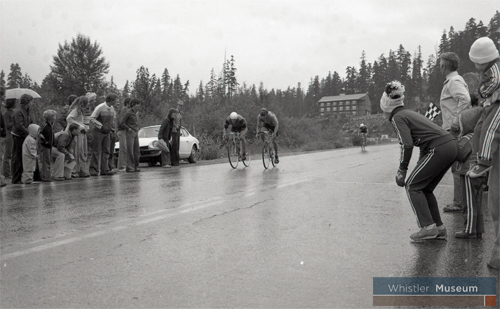 Paul Tattamanti and Eugene Rochfort at the Stage 1 turnaround at Whistler in the rain on Saturday. By the end of the weekend, Rochfort was celebrating as part of the Anglia-Norco team that won the Garibaldi Cup. 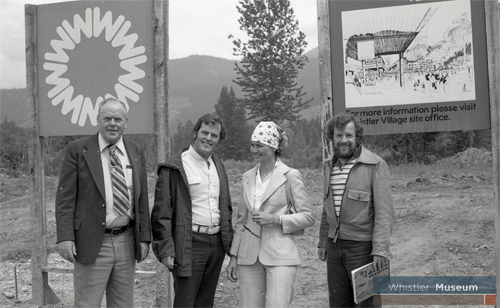 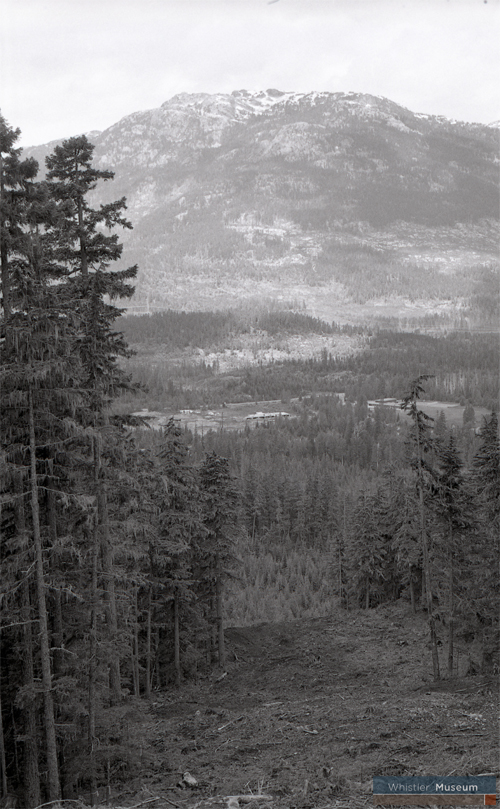 The Blackcomb view from the 4,000 ft. level looking down one of the runs towards the school and the Town Centre. 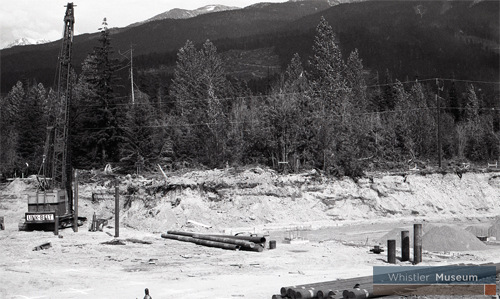 Vic Hurford’s crew at work on the Blackcomb Road. 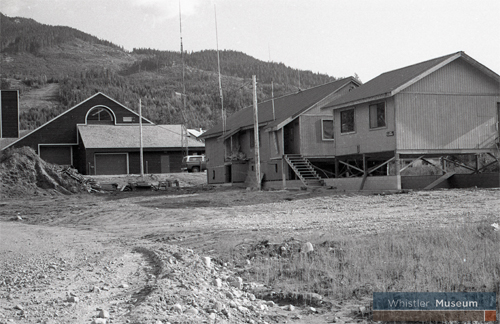 New location for Town Hall puts municipal buildings adjacent to the Public Safety Building (PSB) on the north side. Upstairs meeting room in the PSB will be used for Council Chambers. 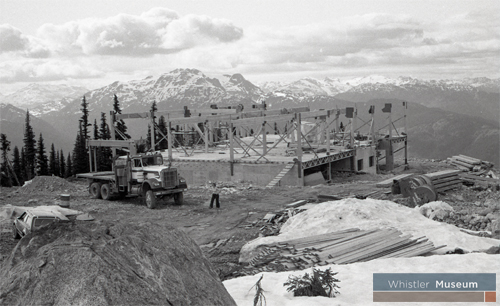 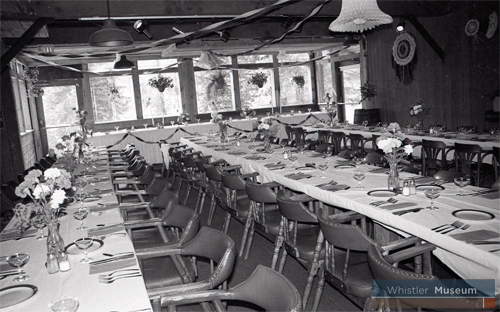 The wedding hall in Whistler set with finery ready for a post-nuptial feast. 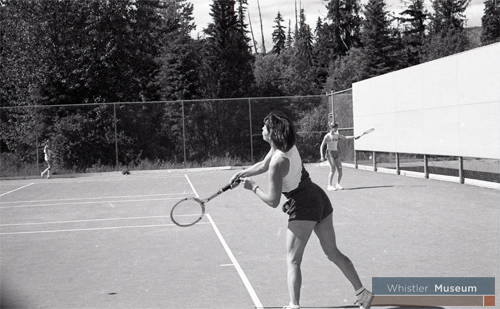 Betty Vogler slams a service over to her opponent during the first women’s open tennis tournament on Sunday. 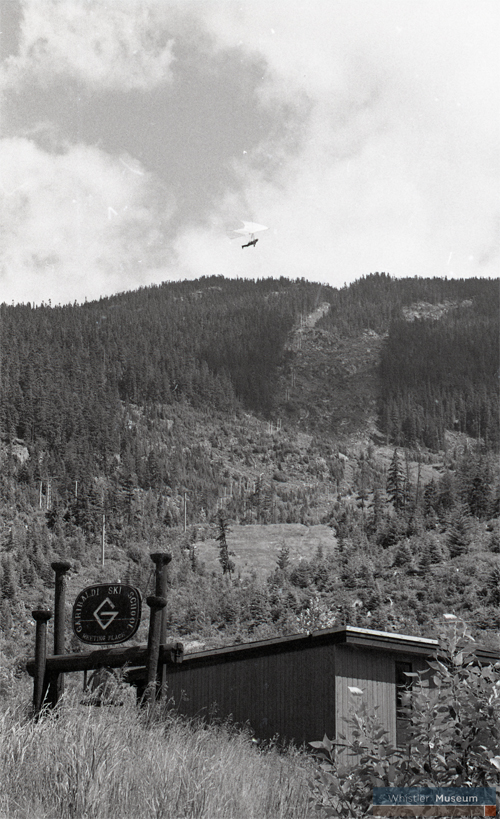 Dale Arsenault completing the first hang-glide journey from the top of Whistler to the base facilities near Highway 99. 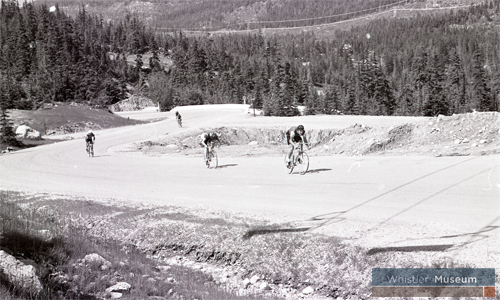 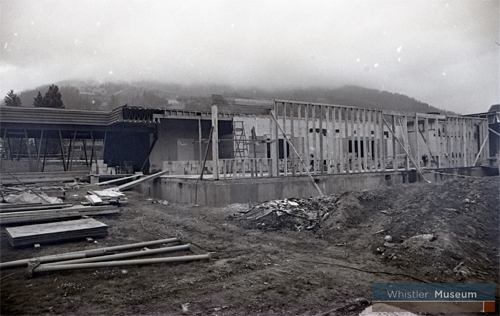 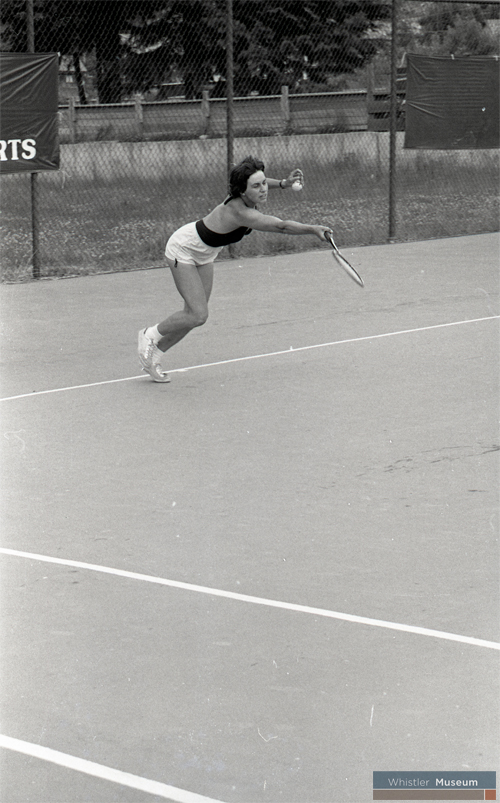 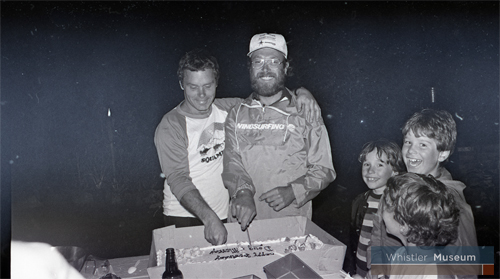 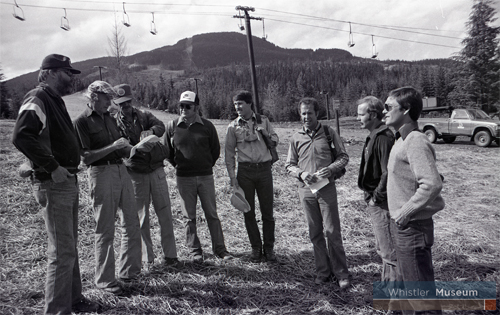 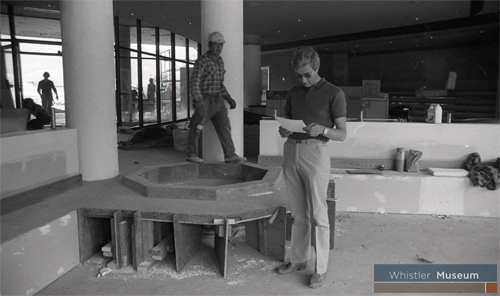 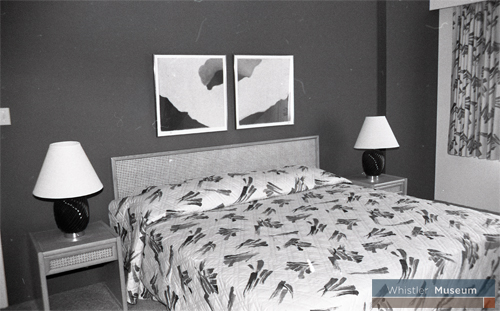 The guest rooms at Mountain Inn feature luxurious appointments, including original artwork. This one was decorated in tones of royal blue with beige and rose bright lights. 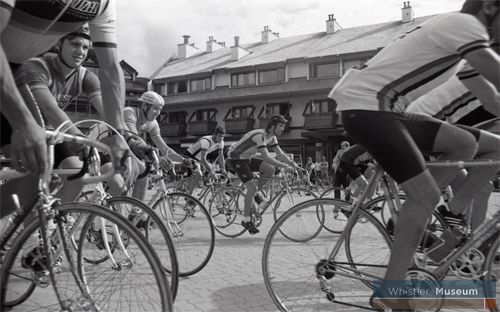 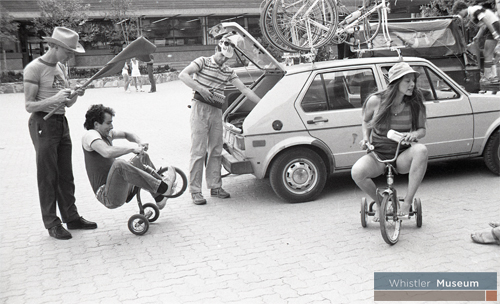 Phil Anderson of West Point Cycles could have stolen the show in the Celebrity Race with this two-star wheelie. Celebrities, including Whistler’s Mayor Pat Carleton, tested their skills on similar race vehicles during the Sunday afternoon race. 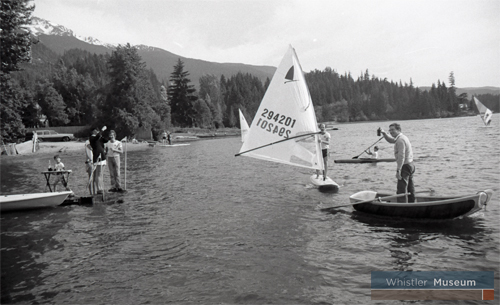 In honour of the first annual ‘sailpast’ of the newly formed ‘Whistler Yacht Club’. Commodore Jan Holberg takes the salute as the motley array of boats passes the reviewing stand on July 12. 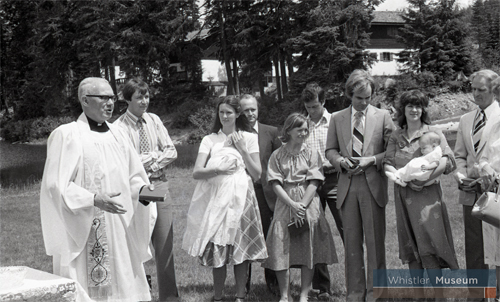 With the families and godparents gathered together, Rev. Ed Wallace recites the baptism service to the Roberts family (left) and the MacKenzies on the occasion of the christening of their children on July 10. 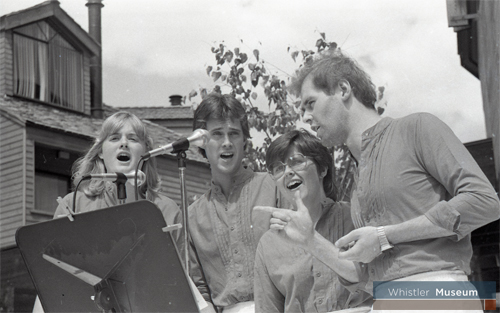 Under a Rest lifted their voices in perfect harmony to give Whistlerites a taste of a capella singing on Friday. 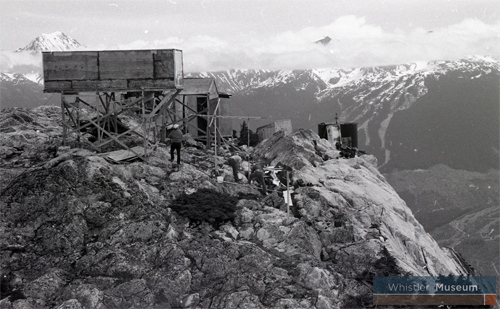 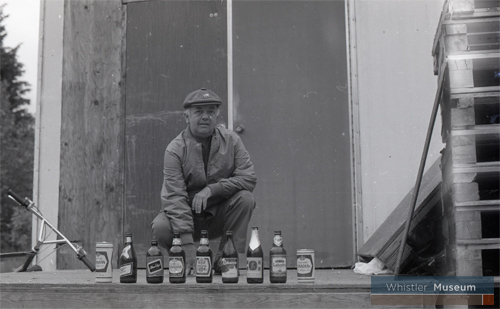 Whistler’s Bottlemaster Harry Carman with just some of the new-fangled bottle types that have flooded the market. 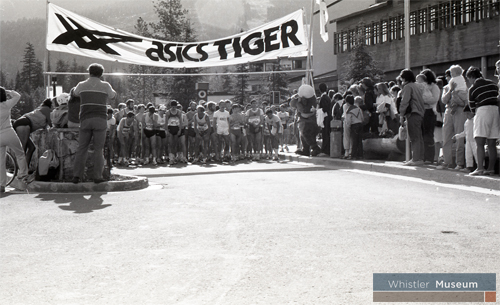 Ready to go! Finishing in a time of just over 1:12, Alan Carr won the second annual Whistler Half Marathon last Sunday, beating out a crowd of more than 200 other runners. Carr says that the course was as hilly as he’d ever seen, adding that he trains only about four or five days a week, one half hour a day. Neil Waken placed second in the 13.1 km race. 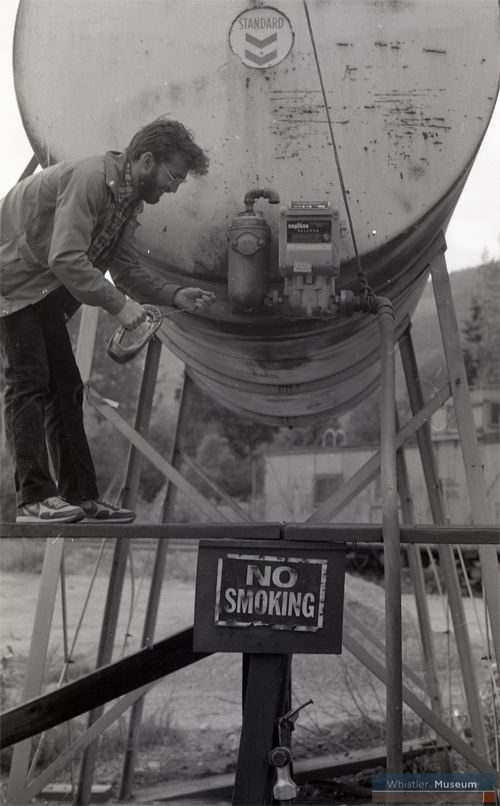 Stew Muir gets a shot of diesel from Art Den Duyf’s tank at Mons. 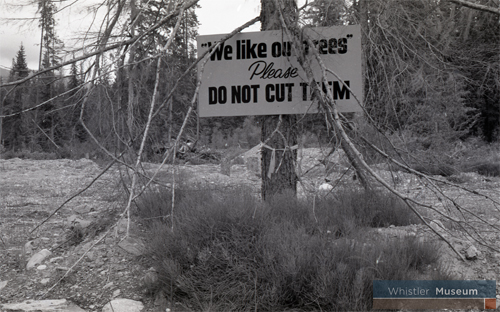 Someone is chopping down trees on Ruth Buzzard’s property. Buzzard recently received permission to build a campground on a 15.3 ha (38 acre) site between White Gold and Mons. But despite no trespassing signs and notices asking that trees not be cut, at least a dozen trees have disappeared. Now a large area of the future campground is almost bare. 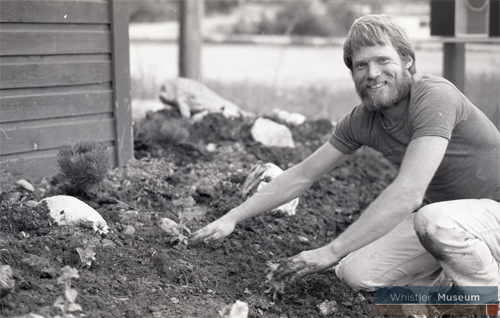 Whistler landscaper Leigh Finck donated time, plants and energy over the weekend to spruce up the Chamber of Commerce Information Centre at the gondola.