This Week In Photos: May 31

Here today, gone tomorrow – the continuing battle of graffiti artists on the old firehall at Mons was finally ended Tuesday, May 27 when municipal crews tore the building down.

Hydro uses a giant trailer and steering unit to move a new transformer into Rainbow substation at Mons. 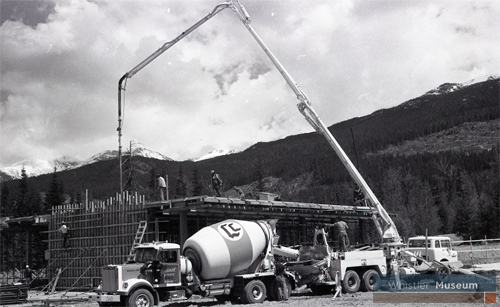 Package 16 is quick to start work. The first of the Phase II parcels to start work in the Town Centre this year. Jim Cook’s pumper truck helps fill forms with cement from Cardinal Concrete.

The uphill, sunny east side of the new Blackcomb daylodge waits for glass and interior work to be done.

A cabin is ignited, ready to shoot a dramatic scene for Gold Key Entertainment’s movie “Up River”. 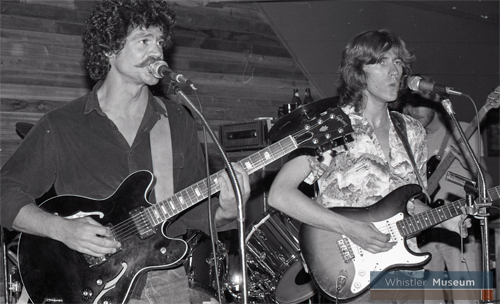 Jeff Heinzman and Michael Smith of the High Country Band bringing an easy-to-listen country touch to the Mountain House.

One of the many houses in Garibaldi that are being moved as residents sell out before the June 10 deadline.

Fire Chief Lindsay Wilson kills two birds with one hose. While checking out the pressure on one of the municipal fire engines he provides 800 gal./min. worth of relief for a parched Alpha Lake Park.

“Stop that” squealed friends of Cindy Thomson, but they didn’t really mean it as temperatures soared to 36C Sunday. Lost Lake proved to be a haven for those seeking relief from the unseasonable heat wave. 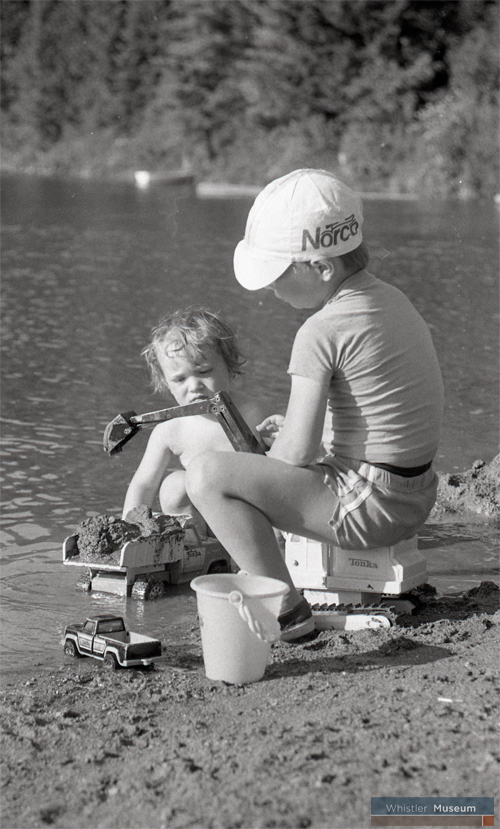 From small beginnings great things sometimes grow. Toiling under 30plus temperatures, Christopher Forrest and Jody Edgon began excavations by the shores of Lost Lake on Monday. Unlike their elder counterparts, small contractors can dispense with building permits and zoning bylaws and focus on the job at hand.

Sunday was one of the first real days of spring this year and the Myrtle Philip School diamond was the scene for a local fastball game between Pemberton Legion and the Whistler squad. Whistler lost 13-5 to the Pemberton team.

A true adventurer, Briton Paul Claxton passed through Whistler last Wednesday on the first leg of a solo cycling expedition to Alaska by gravel road. Clayton, 21, is an Oxford physics graduate on leave from his research job and says his 3,000 mile trip, leading to the brink of the Arctic Ocean, is the first of its kind. The determined cyclist is ready for anything. Last Tuesday he wheeled his custom built, $1,400 10-speed into the Daisy Lake campground where he spent the night under a picnic table. His only real worries, however, are bears and the man-eating Canadian mosquito.

Kelly Norton doesn’t like holding the tail of an 18 1/2″ Rainbow Trout that her dad, David, caught early Sunday morning. Kelly’s brother Michael doesn’t seem to mind though. Mr. Norton is wondering, however, if there’s any more fish like the one he caught still in Alta Lake. He says it’s the largest he’s seen in years.

Movers managed to transport the 5,300 lb. safe into the new credit union office in Village Square Monday after they also shifted the 4,500 lb. night deposit vault. North Shore Community Credit Union is all set for its Saturday opening. 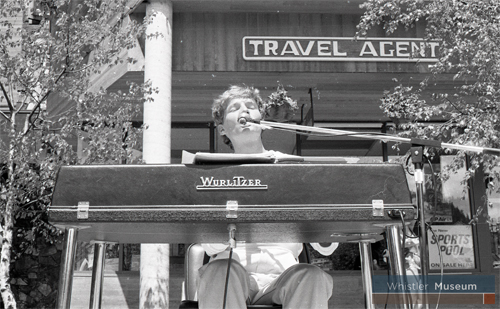 One response to “This Week In Photos: May 31”